by Owensboro Living
in Events, Places, The Buzz
0
0

The fundraising luncheon, presented by First Christian Church (Disciples of Christ) Legacy Fund, will be held at 11:30 on November 21st, 2017, at the Owensboro Convention Center. This will be a tremendous opportunity for people in our community to become aware of the issue of teen homelessness and near-homelessness and to assist the Empowerment Academy in providing housing, life skills training and opportunity to pursue a meaningful education.”

David Boswell, Chair of the Empowerment Academy Board of Directors said, “The ability to offer housing for struggling teens has been a long time in the making! We are excited about the partnership with Wesleyan and about the lineup of luncheon speakers. We hope the community will join us in supporting teens in need of safe housing and basic necessities. The good people of Owensboro are a benevolent group. We hope to have a large number of folks from diverse backgrounds attending the luncheon or sending in donations.”

Title sponsor for the event is First Christian Church (Disciples of Christ) Legacy Fund. Rev. Chris Michael, senior minister at First Christian will give the invocation.  Rev. Michael has been a pastor for nearly 25 years, the last 8 months or so here in Owensboro at the First Christian Church (Disciples of Christ). He has served churches in Virginia and Georgia, before moving to Kentucky. He is a graduate of Southern Seminary in Louisville and Columbia Seminary in Decatur, Georgia. His undergraduate degree is from the University of Georgia. He is married to Laura and together they have 5 children scattered around the country and the world. 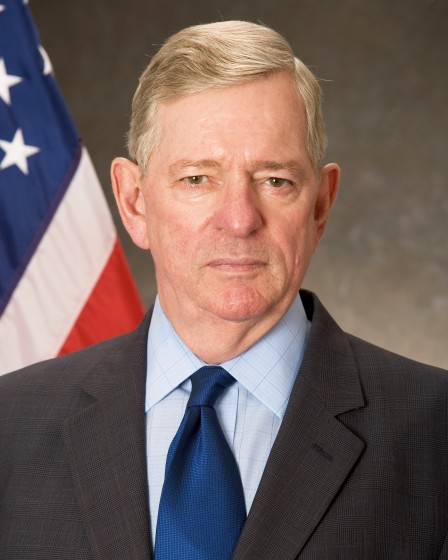 Featured speaker will be Owensboro native Mr. Ralph Basham, who has one of the most distinguished and diverse backgrounds in law enforcement and homeland security in the world today. Over the course of his 38-year career in federal law enforcement, he served in senior leadership positions at four of the eight operational components in what is now the U.S. Department of Homeland Security (DHS) and did so as a Senior Executive Presidential appointee in the Clinton, George W. Bush and Obama administrations. Most recently, Mr. Basham led an agency of over 53,000 employees as Commissioner of U.S. Customs & Border Protection (CBP), the nation’s largest law enforcement agency and the largest operational component of DHS with overall responsibility for the border security of the United States. Prior to becoming Commissioner of CBP, Mr. Basham served as the Director of the United States Secret Service (USSS), where he had overall responsibility for the security of the President, Vice President, all living former Presidents and their families, visiting heads-of-state, and a multitude of government facilities and installations. 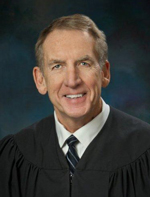 Kentucky Supreme Court Justice Bill Cunningham will speak at the luncheon. Justice Bill Cunningham was elected to the Supreme Court of Kentucky in November 2006 to serve the 1st Supreme Court District. Before becoming a member of the state’s highest court, Justice Cunningham served as a circuit court judge for 15 years. He was elected to the Circuit Court Bench in November 1991 to serve the 56th Judicial Circuit, which consists of Caldwell, Livingston, Lyon and Trigg counties. He was re-elected in 1999 and served as circuit judge until January 2007.  Justice Cunningham served the court system in several capacities before entering his judicial career. He was the Eddyville City Attorney from 1974 to 1991 and the Public Defender for the Kentucky State Penitentiary from 1974 to 1976. He served as Commonwealth’s Attorney for the 56th Judicial District from 1976 to 1988.

Motivational speaker, Eric Farley, will share his story of growing up in a challenging atmosphere. Mr. Farley is a Daviess County native and a 2011 graduate of Daviess County High School, where he was in the National Honor Society and captain of the basketball team. Eric works as Youth Minister for Lyndon Independent Baptist Church and is a Service Account Representative for Comfort Systems, USA. He is also attending Bethany Divinity College.

Master of Ceremonies will be Jay Velotta, an Empowerment Academy board member.  Mr. Velotta is a City Commissioner for the City of Owensboro and a professional commercial real estate broker with Gulfstream Commercial Services, LLC, managing residential real estate operations, property management and property leasing divisions in Owensboro. Born in Daviess County and raised on a farm in Hancock County, Jay graduated in 1988 from Daviess County High School. He studied business and attained a technical mechanical maintenance certification through OCTC/KCTCS and began his working career as an industrial maintenance mechanic at an aluminum factory. Jay has an extensive background in business management, sales and marketing as a business development director and national sales manager in the electric utility service industry.

Addison Hamilton, the daughter of Rob and Casey Hamilton, is a sophomore at Daviess County High School, where she is involved with concert choir and the audition-based Chamber Choir will be guest vocalist.  She was chosen to travel to 7 different countries in Europe to perform with the KY Ambassadors of Music, is a member of the Emerge Next Class of 2017 and is attending the Academy of Young Leaders.

Multiple sponsorship levels are available for the event. Reservations and sponsorships may be purchased from any Empowerment Academy board member or online at http://www.owensborocenter.com.

Funds raised from the event will be used to enable Empowerment Academy participants to successfully complete high school by assisting them with (but not limited to) housing, meals, personal care items, tuition, books, school supplies, residence hall set up supplies, OTS bus tokens and other expenses.