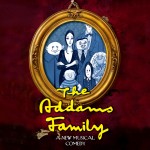 Just in time for Halloween, Back Alley Musicals’ opening production will bring to the stage such ghoulish and lovable characters as Morticia, Wednesday, Gomez, Lurch and Uncle Fester as it presents The Addams Family Thursday – Sunday, October 29 – November 1. Weeknight shows are at 7:30 p.m. and the Sunday matinee is at 2 p.m. in the Jody Berry Theatre, at Owensboro’s RiverPark Center. The musical comedy is based on the characters created by Charles Addams. Music, lyrics: Andrew Lippa. Book: Marshall Brickman, Rick Elice. Some adult humor. 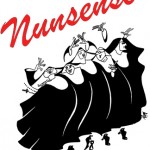 The Little Sisters of Hoboken return to the BAM stage once again in Nunsense and are in a dither after they discover their cook, Julia Child of God, has accidently poisoned 52 of their sisters. They have no money to pay for all the burials, so they decide to stage a variety show to raise the necessary funds. Music, lyrics, and book: Dan Goggin. Nunsense will be performed Thursday – Sunday, February 18-21, 2016 in the Jody Berry Theatre, The RiverPark Center. Weeknight shows are at 7:30 p.m. and the Sunday matinee is at 2 p.m.

In The Spitfire Grill, a feisty young parolee with dreams for a better life, ends up in a small town in Wisconsin where she finds work at Hannah’s Spitfire Grill. Though it’s the only eatery in this depressed town, the Spitfire is for sale but there are no takers. Percy comes up with a novel plan to sell it and convinces the aging Hannah to go along with her idea. BAM will present The Spitfire Grill Thursday through Sunday, April 21-24, 2016. Music by James Valcq; lyrics by Fred Alley. Some adult language. Weeknight shows are at 7:30 p.m. and the Sunday matinee is at 2 p.m. 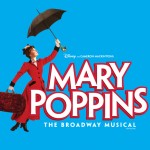 Everyone’s favorite nanny alights on the Cannon Hall stage in BAM’s “Supercalifragilisticexpialidocious” 2016 summer musical, Mary Poppins. The Disney/Cameron Mackintosh musical tells the story of the Banks family, whose two young children have sent many a nanny packing — until Mary Poppins arrives. Can she shape up the family with “A Spoonful of Sugar?” Music and lyrics: Robert B. Sherman, Richard M. Sherman, George Stiles, Anthony Drewe. Book, Julian Fellowes. Basis: Mary Poppins book series by P.L. Travers and 1964 Disney film. Mary Poppins will be on the RiverPark Center’s Cannon Hall stage July 16 – 17 and 23 – 24, 2016. Saturday evening performances will be at 7:30 p.m. and Sunday matinees will be at 2 p.m.

A season ticket is $85 and includes all four shows—a $20 savings over individual show ticket prices of $25 for adults for the first 3 shows and $30 for Mary Poppins. Student tickets are $15 per show.