How Exploring Aviation Can Help Your Child Reach New Heights

We parents are always looking for something new, interesting, entertaining and educational for our children to participate in. Well, now Owensboro has a unique opportunity for those teens interested in flying or aviation.

In December of 2002, Jason Fuller opened X-Cell Aviation in Evansville, IN, later moving the business to Booneville, IN in 2007. In July 2014, Jason was approached by a member of the Airport Board and Ayer Flying Club about starting a flight school in Owensboro. According to Jason, “One thing that makes X-Cell stand out from the other flight training around the tristate is the fact that we are a true ‘Flight School.’” Once a student signs up, they follow a structured lesson plan that takes them step-by-step from start to finish. “All instructors work full-time and only have one job — to teach our pilots,” Jason adds.

Not content to just offer something for those wanting to learn to fly, X-Cell Aviation began a local chapter of the Exploring Aviation Club in June of this year. The “Exploring” platform works through the Boy Scouts, but both young men AND young women ages 14-20 are welcome to join for $25 per year. The goal of the program is to help young adults make more informed decisions about their future careers and to determine if a particular career is the right choice for them. The intent of the club, Jason says, is to hit five main areas: Career Opportunities, Leadership Experience, Life Skills, Citizenship, and Character Education.

Already, in two months’ existence, the club has taken its members to the Dayton, OH Air Museum and held a Fly-In and Plane Wash fundraiser. They also plan to take a “field” trip to the control tower at the airport as well as the aircraft maintenance facility. Next year the club has set a goal of travelling to Oshkosh, Wisconsin for the largest air show in the country. There they will work and also be allowed time for fun. 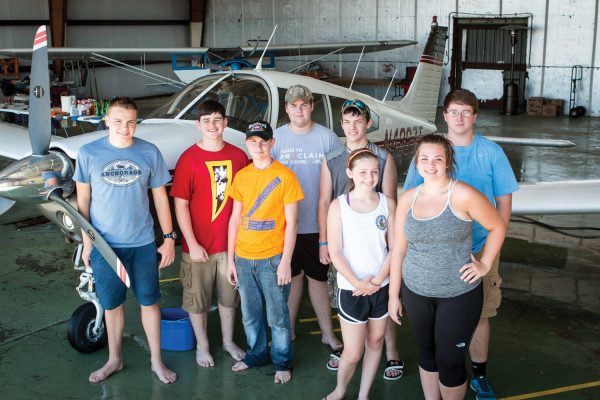 So far the club has fifteen students signed up. During the plane wash, I spoke to a few of them to get their opinions on the club. Despite the fact that they were hot and sweaty from washing planes all day, the students were still exhilarated at what the club has to offer and more than happy to share their thoughts. Logan Parks, age 16, has been interested in aviation since he was a young child. He recently took an aviation class at Owensboro High School where he learned about aviation engineering and mechanics. For him the club is the next step in his progression toward a future career. A sophomore at Daviess County High School, Jamison Ralph had never even been in a plane before joining the club. However, he had always been interested in flying. His ultimate goal: to be a military pilot. Landon Eisenhut of Newburgh, Indiana, recently took his first solo flight (flying the plane without an instructor on board), and he was excited to continue to add to the already 15 hours of flight time he has accumulated. 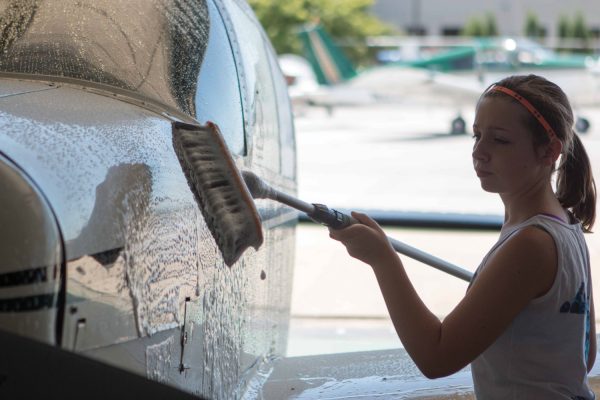 Ultimately, Jason Fuller would love to see the students in the club build an airplane because “so much can be learned from starting with sheets of metal and finishing with a full ready-to-fly aircraft.” If you think your teenage son or daughter could benefit from the great things going on in the Exploring Aviation club, you can get more information at the Owensboro Air Show the weekend of September 11-13, or you can contact Jason Fuller by texting or calling 812-431-5340. The email address for the club is [email protected]

This article was published in the September/October issue of Owensboro Parent Magazine.