In its first two years, the Owensboro Air Show has quickly become one of Owensboro’s premier signature events. With more viewing areas open and several added attractions, it’s sure to be a much larger crowd this year. Owensboro Living is excited to bring you an overview of what to expect as the air show performers take to the skies again on Saturday, October 4.

[tw-divider]Friday Evening[/tw-divider]
Friday is your chance to see all the planes that will be performing Saturday, up close. They will be on display Friday evening at the airport, along with several other aircraft. Gates open at 4 p.m. Admission is $2 per person – kids 10 and under are free.

City Events Coordinator Tim Ross said that in the show’s first year, the crowds at the airport were much larger than anticipated, and the show only occupied a two-hour window on Saturday morning. Because of that great response, organizers planned to move the displays to Friday night and make a whole evening out of it, but that effort was rained out. This year, they’ve planned a full night of activities.

“By 6:30, we’ll have planes in the sky doing some fly-overs and formations,” said Ross. As soon as it’s dark enough, the Golden Knights parachute team will jump with pyrotechnics attached to their feet. There will also be two other planes with pyrotechnics and afterburners flying over after dark as well, all leading up to a fireworks display to conclude the aerial portion of the night.

Then the Runway 5K will start immediately following the last aerial performance, as fireworks continue overhead for about the first ten minutes of the run. It truly will be a unique experience. “When do you get a chance to run on the runway?” quipped Tim Ross. “There are only a few runways in the country that offer a chance to run at night with the runway and taxiway lights on.”

Ross says they’re having a great response to the 5K already, and his office was getting emails from people before it was even promoted. Participants will need to register, because only those with bib numbers will be allowed on the runway. Proceeds from the run will benefit the Bluegrass Chapter of Honor Flight for veterans. 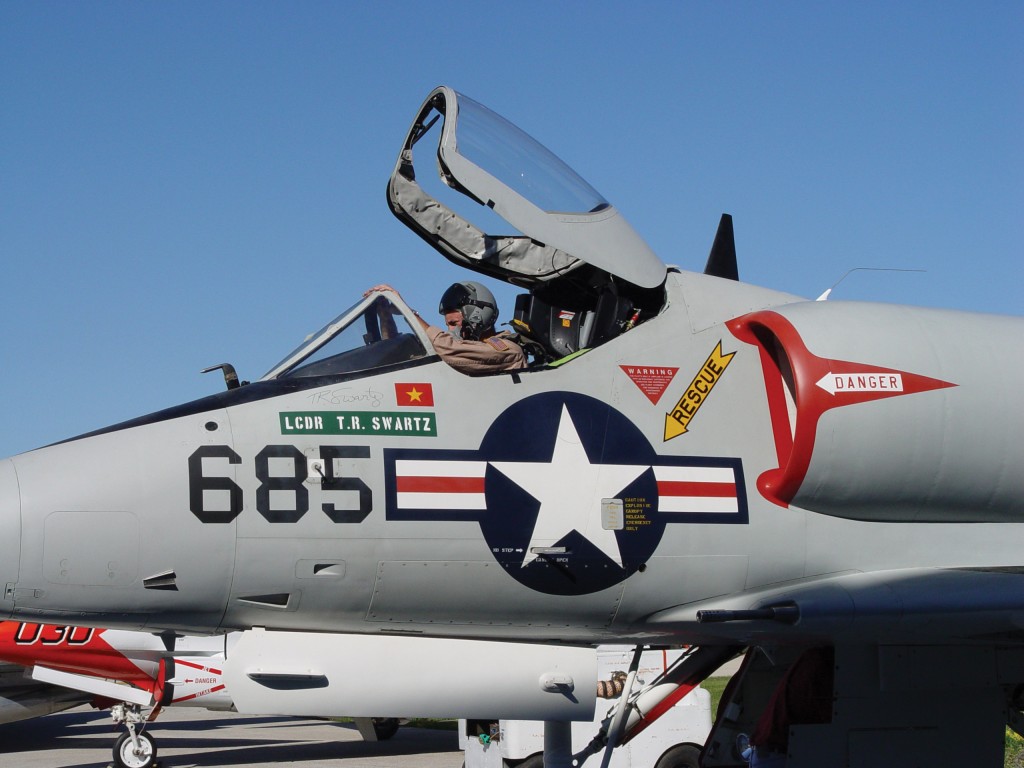 [tw-divider]Saturday[/tw-divider]
Again, the main performance will be 1-3:30 p.m. over the Ohio River along the riverfront. Since the Convention Center is open this year, they will have their lower terrace open with seating for an additional viewing area. McConnell Plaza will also be open, so there will be a lot more room downtown for this year’s event. Still, even larger crowds are expected this year, so Ross says it’s a good idea to arrive early to get a good spot.

Another added attraction this year is a B25 Bomber from World War II. “We’ve reached out to about a dozen local WWII veterans,” Ross said. “We’re going to honor them by sending them up in the B25 to give them a chance to relive that experience and reminisce with other veterans who had the same shared experience of being in WWII.” Ross credits the success of the D-Day Anniversary ceremony at the Sports Center with inspiring that idea. “Attendance was good and it was a very moving time, so we decided to do something similar to that as part of the Air Show this year.” 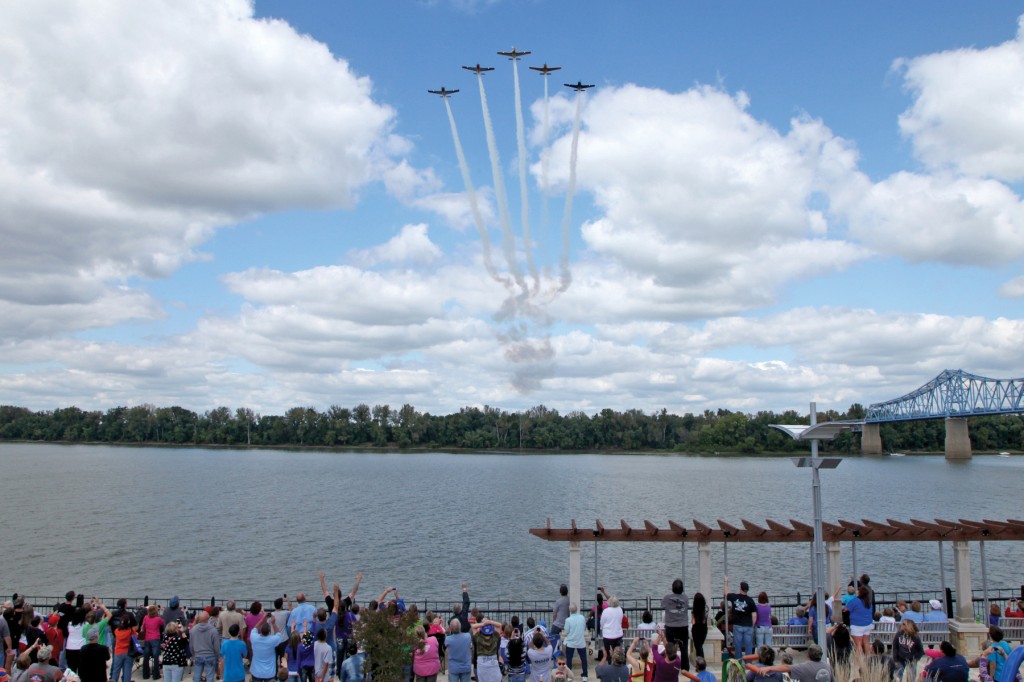 [tw-divider]Growth and Impact[/tw-divider]
The fact that our Air Show is free is another huge selling point. We take it for granted, but Ross says most air shows in larger cities are at air fields where you have to pay admission. For the city, investing in the Air Show is money well spent because of the impact it has on our community. “This is not just for our residents, because we definitely know that we are drawing visitors in from outside our community, and it’s helping our marketing by that word of mouth,” Ross explained. The city has received lots of feedback that people enjoy the event, especially from social media, but they also get emails from people in Nashville, Louisville, and even St. Louis. Clearly, word is spreading.

Of course, bringing visitors to town for an event makes an economic impact, but there’s also a secondary benefit of free marketing that an event of this scale provides. Some of these performers have built-in followings of hundreds or thousands of aviation buffs from all over North America. When their fans or followers look them up to see when the Canadian F18s or the Golden Knights are performing next, they’ll see that they are flying in the Owensboro Air Show. So all those people that follow these groups and performers are hearing about Owensboro because of the Air Show. “There’s no way to measure the impact of that, but we know that the Air Show helps to market Owensboro as a destination because of that recognition on a much larger scale than just the billboards you see or the radio ads you hear around the region,” Ross said.

Ross also finds that the performers are talking about our show to each other. “When I go to the conference for the air show industry, there are performers coming up to me and saying ‘Hey! Owensboro, Kentucky – I’ve heard a lot of good things about your show.’ And that was just in two years. So obviously that speaks well of our community, because past performers are telling other performers, and our name is getting out there.”

Just looking at the crowd growth from the first year to last year indicates that the City of Owensboro is on the right track with this event. Bigger crowds, more activities, and more room to grow downtown: these are all good signs that the future is looking up for the Owensboro Air Show.

A Local Cure for a Global Crisis