A helicopter flying near the Hancock and Breckenridge County line spotted what appeared to be suspicious debris yesterday during their search for the airplane of Robert Dalzell. Kentucky State Police detectives confirmed the debris spotted from a helicopter is the plane. It was located in thick woods roughly two miles off Hopewell Church Road in the Fordsville community in Hancock County. 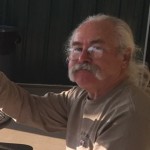 Although troopers confirm it is his plane they found, they are not confirming yet that the body found inside is him. The body was taken to Louisville for an autopsy.

FAA will be on-scene tomorrow to help the Kentucky State Police investigate the wreckage.

Read more in our previous story.

A Visitor's Guide to ROMP