UPDATE – The investigation into this burglary has led detectives to secure an arrest warrant for Joshua Lane Havener.

Anyone with information on the whereabouts of this person is asked to contact local authorities immediately. 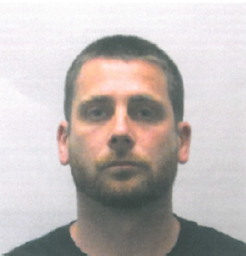 At approximately 3:20 a.m. on Wednesday, August 19, 2015, the Owensboro Police Department responded to a burglary in progress call in the 2200 block of Landsdowne South. The homeowner advised officers that he awoke and observed a white male unlawfully in his home; the male was armed with a knife. The homeowner fired one round from his handgun at the person of interest before that person fled the scene.

Additional homes in the immediate area were also found to have signs of attempted entry and a red Dodge Ram pickup truck was reported stolen from the 4400 block of Hillcrest Oaks.