On Thursday, June 23, local business leaders, city and county officials, members of the Board of Trustees, and guests of the International Bluegrass Music Museum and Hall of Fame broke ground on a new $15.4 million facility in the heart of the new Owensboro Riverfront. It takes a lot of hard work to finally arrive at such an auspicious day, and the story of the new Bluegrass Museum is no different.

From the Corn Belt to the Bluegrass

According to Chris Joslin, the Executive Director of the Museum, the story began with a meeting in an unlikely place: Dubuque, Iowa. When Ron Payne and other city officials were first thinking seriously about what they might do to revitalize the downtown area and the Owensboro Riverfront, they visited this Midwestern city on the Mississippi River. Comparable in size to Owensboro, the city of Dubuque had just completed a riverfront revitalization of its own, including the construction of a new convention center and the expansion of the National Mississippi River Museum. Officials from Owensboro were there to see how they did it.

Joslin wasn’t among them – he only came on as Executive Director in September of last year – but he knows the story well. As he tells it, the Owensboro contingent received some guidance that day that planted the seeds for investing in a new, more high-profile home for the Bluegrass Museum. “Don’t build your convention center too small – that was the first bit of advice,” Joslin said. “The second bit of advice was: If there is anything that your city is known for that you can integrate into your downtown riverfront, you would be well-served to consider that.” 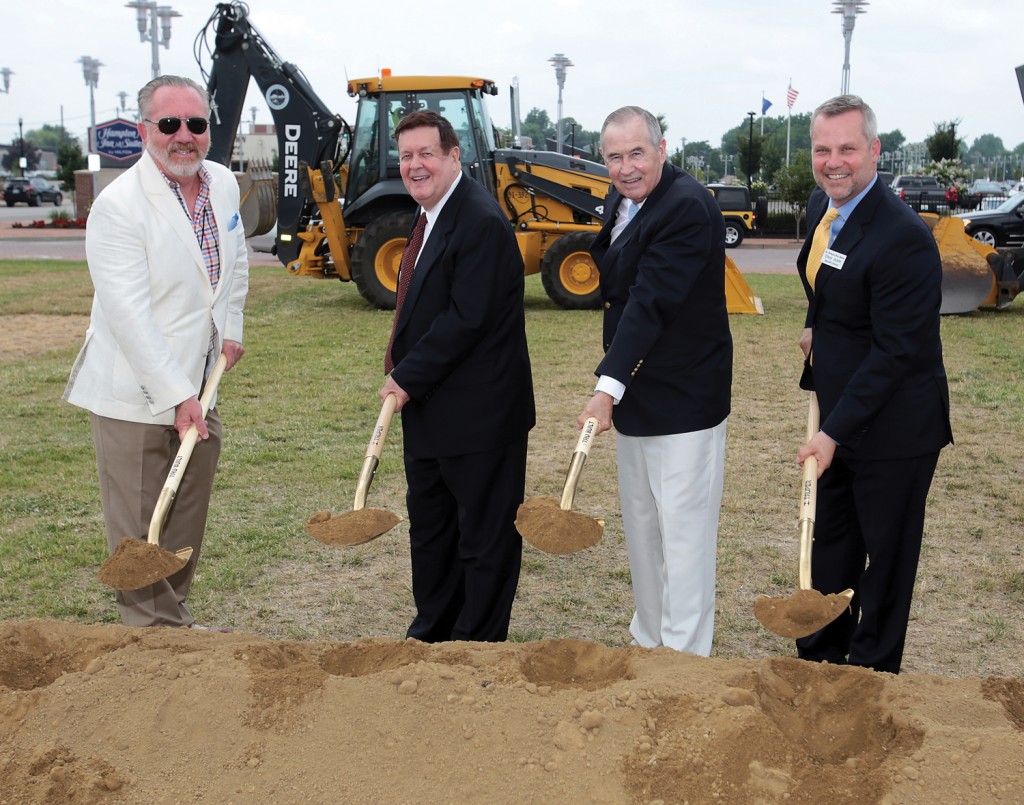 When they returned to Owensboro and began to consider what made our city unique, they eventually settled on bluegrass music. It’s easy to see why. Bill Monroe, the “Father of Bluegrass Music,” was born just 37 miles from Owensboro in Rosine, Kentucky. The Bluegrass Museum was already here, sharing space with the RiverPark Center. A new stand-alone building in a more prominent location would allow the city to do more than ever before to highlight Kentucky’s gift to music and to make Owensboro the epicenter of the genre. They seized upon the opportunity.

Fast forward to 2016, and after investments from the State of Kentucky, the City of Owensboro, Daviess County Fiscal Court, and many private donors, the new International Bluegrass Music Museum is poised to become one of the final pieces in the plan to revitalize the Owensboro Riverfront.

When the new facility is completed in the Spring of 2018, it will be much more than a museum. “There will be a lot more going on in the new building,” Joslin says. “The idea is for this to be the definitive place that’s dedicated solely to Bluegrass music.” With a 450-seat indoor concert hall and an outdoor concert area that will accommodate up to 2,000 people, the focus will certainly be on the music! These new venues will allow the Museum to host live music throughout the year, including a regular bluegrass music concert series, as well as Hall of Fame induction concerts, music events to celebrate the opening of new exhibits, and much more.

But, the exhibit area will be a highlight as well. The new building will have twice the exhibit space of the current museum. It will also be less of a static presentation of history and more like the telling of an ever-evolving story.

“With the expanded core exhibit space, we’re going to tell the story of bluegrass music,” Joslin said. “As we progress through the stages of the story, these exhibits will be dynamic so that each time a person returns to the museum, they won’t be returning to the same thing. We’ll be able to highlight different things and keep it fresh.”

The ace up his sleeve is a massive archive of documentary-style video interviews with the pioneers of bluegrass music. Bill Monroe and Lester Flatt, two legends of the genre, had already passed away before the original museum was born, and so, in their desire to preserve the story of bluegrass music, museum officials began interviewing as many of the old-timers as they could. They now have an archive that contains over 160 interviews with over 200 individuals.

The new museum will finally make this archive a part of the visitor experience. “It’s great to be able to see a musician’s guitar or his stage clothes,” Joslin said, “but now you’ll be able to watch a clip of an artist talking about his career in his own words.” The Bluegrass Music Hall of Fame, on the second floor, will also benefit from this archive. You’ll be able to not only read an inductee’s plaque on the wall, but also watch a video of him or her on a touch screen. Kiosks will be available as well, so that visitors who want to learn more can access the full archive of videos.

As if all that weren’t enough, the new facility will also include:
A large multi-purpose space on the 2nd floor for hosting meetings, receptions, and seminars
An expansive museum store
Recording capability
A research library
A rooftop restaurant overlooking the Ohio River on the third floor

With its new home at 311 W. 2nd Street, adjacent to Smothers Park, the new International Bluegrass Music Museum and Hall of Fame will almost certainly become one of the foremost centers of education and entertainment on the riverfront. If you know someone from Dubuque, Iowa, be sure to say, “Thank you.”