When people in Owensboro hear Malcolm Bryant’s name, they may think of a successful business man, The Malcolm Bryant Corporation (TMBC), a joint venture with his wife, and of their properties, such as The Midtown Building, or perhaps The Springs, The Hampton Inn on Salem Drive, or now the Hampton Inn and Suites – Waterfront. Others may hear his name and think husband, father, church member, Sunday school teacher, and philanthropist.

Malcolm Bryant comes from humble beginnings and attributes all his successes to his hardworking parents and loving wife, Sally.

Bryant was born into the small community of Mt. Sterling, Kentucky, and lived there through high school.

In rural Kentucky, he says they didn’t need the Internet; it was the “auntnet.” One aunt would have the information and take it to the rest of the “aunts.” News traveled fast, and that was a good way to help others. This example was lived out in his home as Bryant says fondly, “We had love.”

Born to parents who knew everything about hard work, his dad was a one-man farming operation. Bryant recalls raising cows, corn and tobacco, a variety of crops that required a lot of attention. His mother, a social worker, was a nurturing presence for Bryant and his older sister. This environment fostered a “lab of learning.” There were many teachable moments that grew from his parent’s compassion and vocations.

Bryant realizes that this upbringing provided him with a very good recipe for a successful life. He was taught to pay attention to people, which later translated to customer service and serving others. The best life lessons he learned growing up at home. Though not as obvious at the time, Bryant now uses those skills daily in his business endeavors.

After graduating high school, Bryant attended the University of Kentucky. He distinctly recalls receiving the course catalog. Bryant said the options for students seemed so endless that he felt like he was heading to summer camp. But he didn’t take his opportunity for education lightly.

During Bryant’s youth, he was taught that you go to college to get a job. The majors students chose at that time were not as important as the overall education. You went and graduated in 4 years, because families could not afford 5 years.

At UK, Bryant felt like he was watching the world expanding in front of his eyes. His time there brought out a liberty and a freedom he had not seen before. Bryant loved his higher education experience.

This was due in large part to…LOVE.

While at UK, Bryant met his sweetheart and now wife, Sally Barron – Owensboro Native and the future Mrs. Malcolm Bryant.

Just one week after graduation, young Malcolm left Kentucky for Cleveland, Ohio, where the first two years of his career would be spent working for the Fortune 500 Company, Proctor & Gamble (P&G).

Bryant felt driven to succeed, so much so that he was relocated, due to career advancements, to multiple cities around the United States.

After he and Sally married, though these advancements with P&G were great, he remembered the stability and comfort he had growing up, and felt like that’s what he would like to provide for a family of his own.

Bryant values his time with P&G because he learned even more discipline, business skills and understanding.

Within a week of marrying, the newlywed Bryant’s moved back to Sally’s hometown of Owensboro.

It seemed a natural fit that Malcolm would begin working with his father-in-law, Jarred Barron and Sally’s family. Owensboro provided both he and Sally welcomed challenges and opportunities to use their strengths. The Bryant’s weren’t alone, as Sally’s family served as great mentors, instilling values in them that would prepare them for going into the business world on their own.

Bryant smiles as he speaks of his wife, “Her strengths are many! She is very organized and has a great knowledge of organization and discernment.”

Bryant said this time in their young lives was a great survival time, as it was an economically challenging period in America’s history, with interest rates topping as much as 18%.

In the early days, the Bryants’ owned, along with additional family members, carwashes, mini-storage units, apartments and business properties.

It was during lean times that Malcolm and Sally learned that surviving and entrepreneurship went hand in hand. Bryant says, “God placed people in my path that have created better opportunities for Sally and I to help other people, while being helped along the way ourselves.”

As the Bryants’ moved forward in their own business ventures, it became obvious that he had been cultivated for years by different people (parents, teachers, family, and customers) in his path, which he credits in making their endeavors more successful.

In discussing his approach to business, Bryant quotes Martin Luther King, Jr. “Life’s most persistent and urgent question is, ‘What are you doing for others?’” This is a philosophy he and Sally continually keep at the forefront of their business.

Though you may see the name Malcolm Bryant on the door, he recognizes that Sally Bryant is the heart of his company. It was natural for Malcolm to work with the team members and customers, as Sally managed the technology and finances of the business. Each has strengths that complement the strengths of the other.

Though tough economic times have come and gone in Owensboro, Bryant said that hardworking folks and the “pull your bootstraps up mentality” to work together is one of the reasons he fell in love with this great city – a city that doesn’t quit and loves to win at everything, and in life.

Bryant’s love of Owensboro, a love he says he’s seen grow deeper, stems in part from the desire of its citizens to make a difference – a spirit that continues to encourage him.

He and Sally are pleased to have raised two amazing children, Sarah Clay and Harrison, in this city. Though their education and career paths have led them to other areas, they still enjoy coming “home” and bringing friends to the ever-progressing community.

The progression of Owensboro has meant more to Malcolm than just constructing buildings and owning businesses. Bryant says, “I feel like some people overestimate what we do.”

Why? Because he didn’t grow up aspiring to wealth, but with an innate desire to help people.

Bryant is very active at his church, First Christian, where he serves as a Sunday school teacher. It was there many years ago that a pastor from Africa came to the church and encouraged Malcolm to serve others through a mission trip to Venezuela.

Bryant accepted the challenge and admits he saw a world he had never been exposed to in his upbringing in Mt. Sterling. There were more needs than he thought possible, and his travels abroad opened up a side of the world to Bryant that lit the flame of further missions.

This experience has spawned numerous trips of Owensboro youth and adults to other countries. Bryant feels it is important for young people to experience acts of service because it gives life perspective and shows that we are fortunate to live in the United States. Bryant says we should not be insulated from the troubles of the world, but more importantly, show love to others as we try to help make life a little better for them.

Bryant admits, “Business is something that Sally and I do, but building personal relationships along the way is what helped.” That’s what Bryant is doing each time he leaves for a mission trip, teaches Sunday school, builds a hotel downtown, or attends a Chamber of Commerce meeting.

Bryant says, “Out of our comfort zone, that is where we grow! That’s why I want to be exposed to other’s needs. What we do is beyond brick and mortar. It’s about the people.”
Malcolm and Sally take this philosophy to their team members and customers. There is an order to the success:

Laughingly, Bryant says of himself and employees, “Work shouldn’t be a distant third,” as he realizes there are mouths to feed and bills to pay. But the more aware people are of these three things, then the more successful they will all be.

Though Bryant wears many hats, he strives to be his best in all areas of his life, but specifically to his employees. His philosophy is that things don’t always have to do with business, but that they are about people and acquiring the trust of those people. That sometimes requires him to take a chance on people, because people took a chance on him.

Bryant says, “Polish what you have.” He’s not shy about saying that he wants to be in a constant listening mode so that self-improvement can take place. Bryant firmly believes that helping people is more important than the buildings he builds.

Malcolm Bryant may be an Owensboro business man, but it’s easy to see, when you take away the bricks and the mortar, that his business is people! 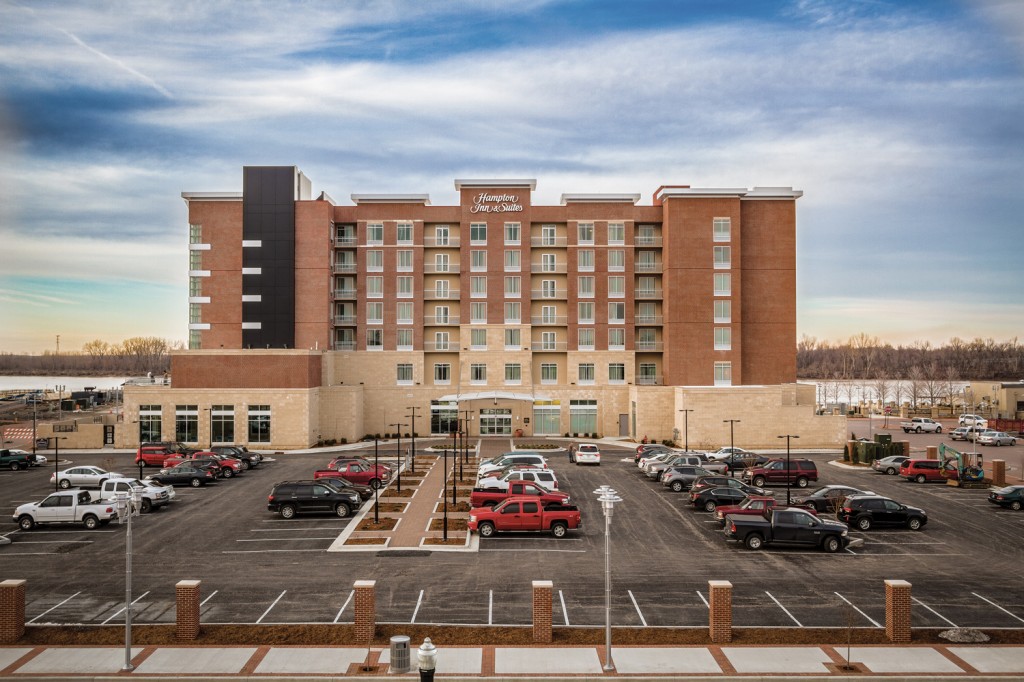