Ray and Susan Assmar can’t wait to show off their hometown to a big group of their flying friends. The Assmars belong to the Duke Flyers Association, a group of airplane enthusiasts who own or fly Beechcraft Duke private planes. Nearly 300 members strong, the association gathers once a year for a fly-in where members all converge for four days of sightseeing and camaraderie.

This year, for the first time ever, the Duke Flyers are coming to Owensboro.

Since it started in 1989, the annual fly-in has taken place in cities such as Albuquerque, New Mexico; Duluth, Minnesota; and Lexington, Kentucky. “We felt like Owensboro has enough venues now that we could host the fly-in,” Ray said. MidAmerica’s reputation helped attract the Duke Flyers, but the real selling point was the 8,000-ft. runway at the airport. The revitalized riverfront and downtown amenities certainly helped land the group, as well.

To host the fly-in, the Assmars organized four days of activities for the guests, including a trip to O.Z. Tyler distillery, a night of entertainment at the Bluegrass Music Hall of Fame and Museum, and a cocktail hour at Lure.

Ray and Susan say they expect 50-60 members to fly to Owensboro. “They’ll be coming in from California, Canada, Texas, Minnesota, the east coast, and the west coast. It’s a big mix of people,” Ray said, adding that there’s even one Duke Flyer coming from Australia, but he’s flying commercial, not in his own Beechcraft Duke. 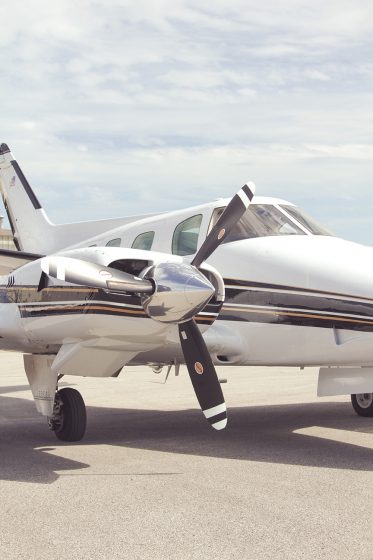 Built between 1968-1982, the Beechcraft Duke is considered by private pilots to be the aeronautic equivalent of a sports car. Or as Ray likes to call it, the “Corvette of the sky.” Its twin engines crank out a total of 760 horsepower with a cruising speed of 220-230 mile per hour. But it can get up to 280 mph. The cabin is pressurized, which allows the Duke to reach altitudes of 18-25,000 feet, well above the clouds and storms, but well below the commercial flights which usually occupy the 30,000 feet range. Plus, it’s American made.

According to the Duke Flyers Association website, there are only around 400 still in flight. The association website says the Duke is “fast, comfortable, quiet, extremely stable” and “performs as well or better than any other aircraft in its class,” which explains why it has become such a commodity for collectors.

Ray has had his pilot’s license since the early ‘80s, and owned several planes over the years until he and Susan bought their ‘81 model Duke about five years ago. “We love it,” Susan says. “We fly all over the place in this thing.”

But like many owners, Ray enjoys flying his Beechcraft Duke for more than just fun. When the need arises, he participates in Operation Airdrop, delivering supplies to areas affected by natural disasters—like after hurricanes, for example. At the time of this writing, Assmar and several other Duke Flyers were planning to make drops in the Carolinas in the aftermath of hurricane Florence. He also participates in Angel Flights, providing flights to appointments and treatments for critically ill children and adults. 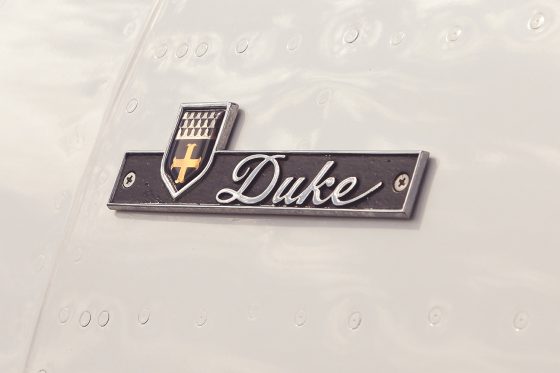 Forty to 50 guests from out of town might not sound like a big deal, but to the Owensboro-Daviess County Convention and Visitors Bureau, hosting the Duke Flyers annual fly-in is just another example of gatherings that are now taking place in Owensboro since downtown renovations sparked growth in other areas. “We are honored to have such a unique group come visit Owensboro,” says Dave Kirk, who is in charge of destination management for Visit Owensboro, proudly pointing out that in the past eight months, Owensboro has been named a “best place to visit this fall” by Business Insider, a “music city” by Group Travel Leader, and Australian publication Escape.com named Owensboro in “The New Bucket List: 11 Top Places You Need to See.”

“Owensboro has a friendly, small-town feel with big city amenities,” Kirk says. “With a great airport, people can visit from all around the world to enjoy a safe and extremely convenient experience.”

Which is exactly what the Duke Flyers plan to do.