In recognition of “Read Across America,” Moonlite Bar-B-Q Inn is partnering with the University Press of Kentucky and the Daviess County Public Library to host community reading events every Monday night in March.

“We love the idea of ‘Read across America’ and wanted to do something that would bring the community together,” Patrick Bosley, manager of the Moonlite Bar-B-Q Inn, says.

So, during each Monday night in March from 5:30 p.m. to 8 p.m., the Moonlite Bar-B-Q Inn will host the following Kentucky authors:

“These are all accomplished authors and editors and we’re thrilled to have the ability to showcase them through this community outreach project,” Bosley says. 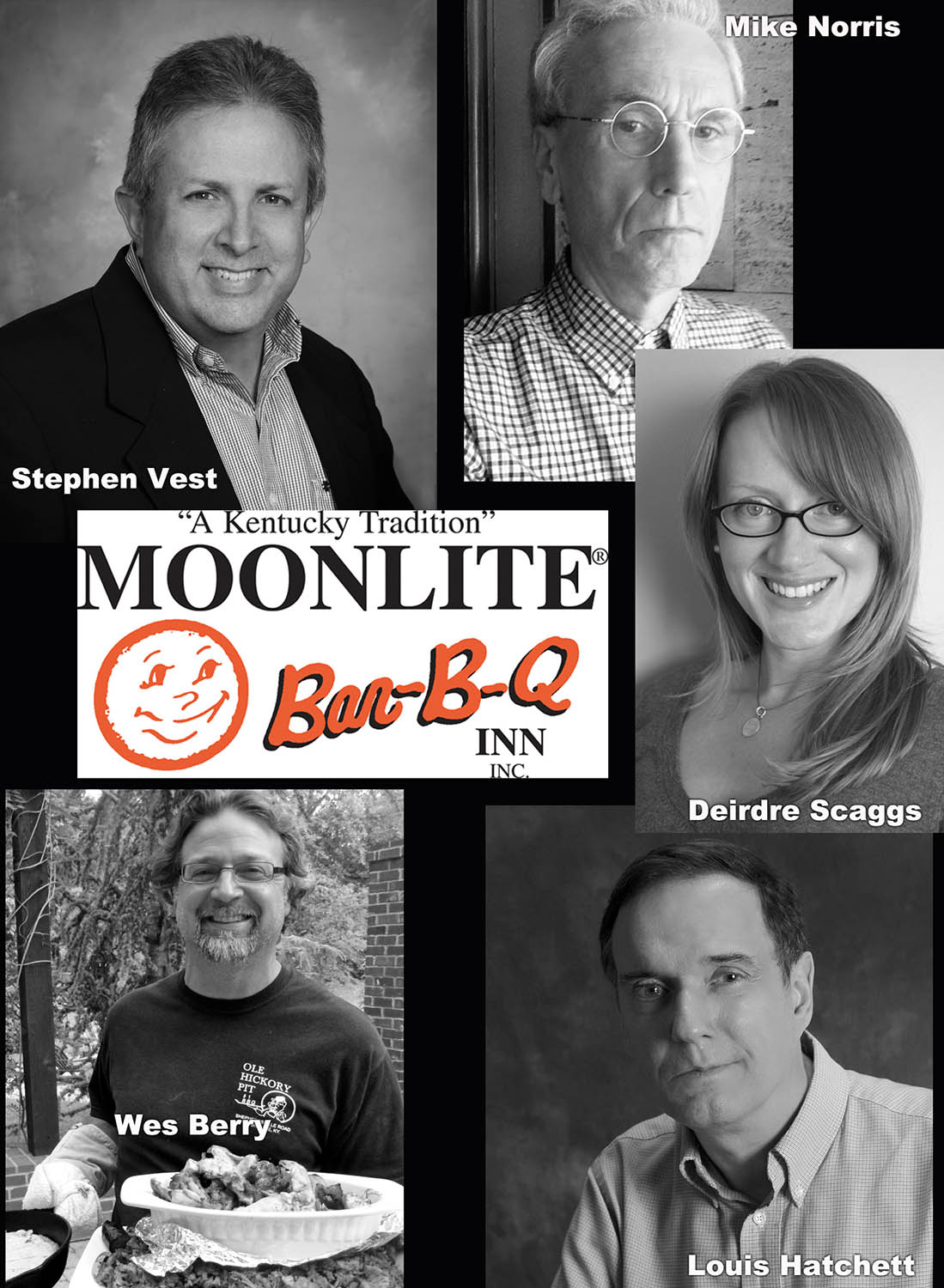 Wes Berry is the author of the “Kentucky Barbecue Book.” He has feasted at more than 175 Kentucky barbecue places and judged competitions. He teaches American literature at Western Kentucky University and edits a blog “Wes Berry Living.”

Louis Hatchett is the author of “Duncan Hines: How a Traveling Salesman Became the Most Trusted Name in Food” and editor of two of Hines’ classic cookbooks, “Adventures in Good Cooking” and “The Dessert Book.” He is also editor of “Mencken’s Americana” and co-author of “The Continuing Crisis: As Chronicled for Four Decades by R. Emmett Tyrrell, Jr.”

Mike Norris has been writing stories, poems, and songs for more than 40 years. His songs have been recorded by country, folk and bluegrass musicians. Most recently he wrote, “Mother Goose Rhymes from the Mountains,” and has won several national awards. He’s also the author of two other children’s books – “Sonny the Monkey” and “Bright Blue Rooster.”

Deirdre Scaggs is associate dean of the University of Kentucky Libraries Special Collections Research Center and the author of “Women in Lexington” and “The Historic Kentucky Kitchen.”

Stephen Vest is the publisher and editor of Kentucky Monthly, a magazine that celebrates and highlights the food, culture, and people of the state.

There will be a meet and greet with authors, signed copies of books available for purchase and other fun scheduled events. It’s a free event and open to the public.

“Mondays are also kids-eat-free night so we thought hosting this event on Mondays would make for a fun night out for families,” Bosley says.