Deputies Go Above and Beyond

Mary Stratton Schneider sent this story to Owensboro Living on Facebook this week.

Ironically, Mary and her cousin were talking just a few days ago about all the recent bad publicity concerning police stops, especially on Facebook.

Well, this was a good experience, so Mary wanted to share this “good news” story and hopes it will go viral. “They sure made my day,” Mary said.

The story goes that Mary had a blowout on the Wendell Ford Expressway near the 144 exit and was stuck on the side of the road, since her jack did not fit.

Daviess County Sherriff’s Department Deputy Tom Witford was the first to stop, but when he didn’t have the right tools either, he called another deputy, Jason Luedke. While Mary was on the phone with her auto insurance provider, the two deputies changed her tire.

“They really went above and beyond the call of duty. They changed my tire, which wasn’t easy,” Mary said. “I am very thankful. And proud of them.”

By the looks of the pictures Mary sent, Jason was off duty because he was not in uniform. Apparently, Deputy Witford was on his way home because he called his wife to tell her he would be late. 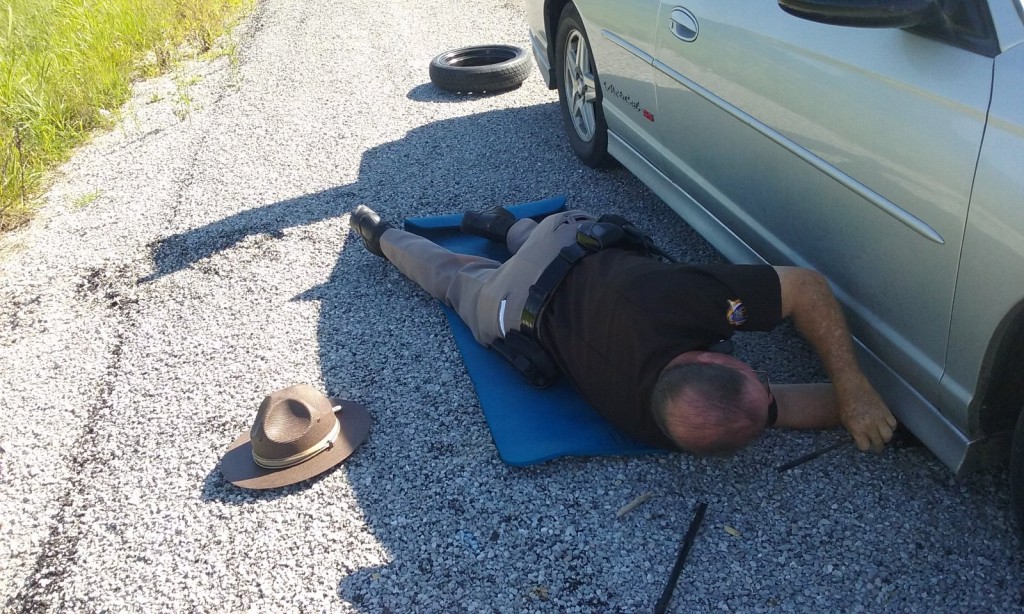 Deputy Witford “was a gentleman,” Mary said, and he even followed her home to make sure she arrived safely.

So on behalf of Mary, thank you to these helpful Daviess County Deputies who went above and beyond to assist a lady on the side of the road.

Deputies Go Above and Beyond