A contractor for the Kentucky Transportation Cabinet has started work on safety improvements along a section of KY 2127/Todd Bridge Road in Daviess County.

Motorists should be alert for one lane traffic with alternating flow controlled by flaggers in this work zone that includes just under six miles of KY 2127/Todd Bridge Road. 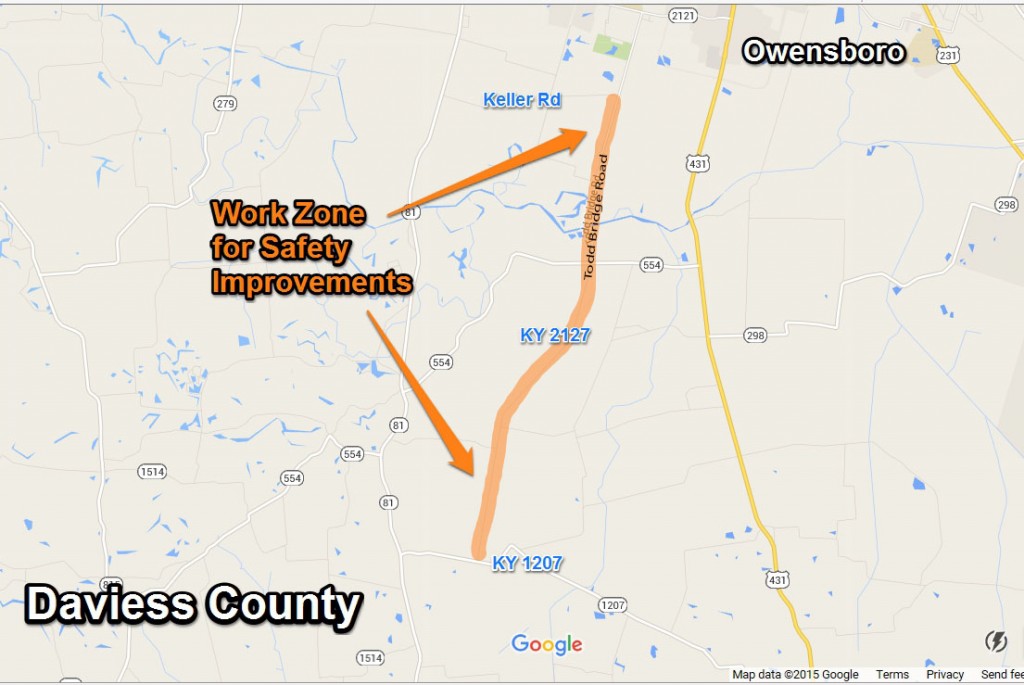 This section was identified as part of Kentucky’s Highway Safety Improvement Program (HSIP) as having an above average number of traffic crashes. The KYTC safety staff developed plans for a number of improvements aimed at reducing the crash rate.

The contractor will be working through the winter months as weather permits with the goal of placing new pavement along this section in the spring.

Hazex Construction Company, Inc, of Henderson is the prime contractor on this $1,342,635 highway improvement project. The target completion date is June 30, 2016.