Here are some specifics from Alorica’s much-anticipated press conference this afternoon to introduce themselves to the Owensboro community:

Although it is not Alorica’s policy to publish starting pay scales, according to Glassdoor.com and Indeed.com, starting salaries at Alorica in other cities range between $9.70-$11/hr.

Culture of the company:

Why did Alorica choose Owensboro?

Greg Bush cited two reasons the company was impressed with Owensboro for their expansion: downtown redevelopment and the GO FAME program. “Owensboro is a business-friendly place,” Bush said, noting how important workforce development is to a business when expanding into a new community. “But we were impressed with the GO FAME program and the internship opportunities the program provides.”

What does this mean for Owensboro?

Mayor Ron Payne called it a “home run,” thanking his staff and everyone else in the community who worked hard to make it happen.

“We made a substantial investment in this downtown several years ago,” Payne reminded the crowd at the press conference. “I told you then that it would eventually pay a lot of dividends. What we’re seeing today is a major return on that investment thanks to entrepreneurs and business leaders in this community.

This city is moving like never before,” Payne added. “And it’s because everybody is pulling together from the Chamber, GO-EDC, the City, and the entire community.”

Daviess County Judge Executive Al Mattingly said he is also hopeful for what this announcement means to the surrounding region. “What this does today is improve the playing field for employers here in Daviess County and this entire region. What we’re going to see is people from outside Owensboro and Daviess County coming from other communities and states to take these jobs.”

One of our viewers watching Owensboro Living’s live feed on our Facebook page asked about parking. Greater Owensboro Economic Development Corporation CEO & President Madison Silvert says that a parking plan has been submitted and approved by Alorica and will be made public by the end of the year. 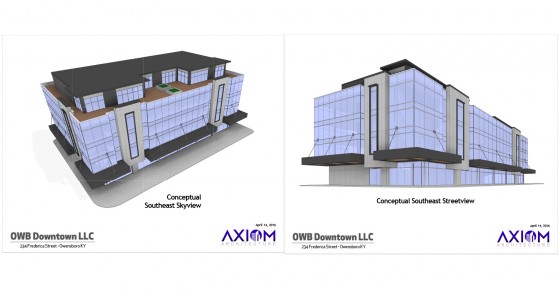 Changing Your Diet as You Age