Picture a farmer: up at sunrise, working hard, hands dirty, sweat on his brow. Now picture a computer tech or a scientist: sterile environment, white lab coat, and not a speck of dirt in sight.

Farming is one of the world’s oldest professions. In contrast, the field of computer science, which has allowed computers to become part of our every day lives, has rapidly developed over the past years into a profession that’s in high demand. While these professions seem to exist in stark contrast to one another, you may be surprised by how much modern purveyors of crops, science and computer technology actually have in common.

Though farmers still get their hands dirty, and computer techs and scientists still spend plenty of time in the lab, their worlds have seamlessly meshed to birth the farming industry as it operates today. Old stereotypes associated with farming have fallen by the wayside. Taking their place is a synergistic picture where farming and technology act hand-in-hand.

Nowhere is that more evident than right here in Greater Owensboro and Daviess County. On a farm in Stanley, Suzanne Cecil and her father, Gary, of Cecil Farms, and Rick Kamuf, of Kamuf Brothers Farms, provide a glimpse into how farming has evolved and the role technology plays in their operations. Like so many other areas of our lives, technology has made farming far more efficient. And as a result of the ever-changing agricultural landscape, computers have become just as valuable a tool to the farmer as the tractor. No longer is modern technology seen as a luxury on the farm; it’s become a necessity.

Consider this: by 2050, the FAO (Food and Agriculture Organization of the United Nations) estimates that global food production must increase by 70% to feed an expected population of 9.6 billion people. As if this wasn’t a tall enough task, farmers face additional obstacles such as the limited availability of arable lands, an increasing need for fresh water, and the impact of climate change. That’s exactly why technology in farming has become so important. And as the agricultural industry changes, more farmers are embracing the practice known as “precision agriculture” or “smart farming.”

During discussions with local farmers about their use of technology, precision is the one word that was mentioned more than any other. With the increasing food needs of a growing consumer population, as well as stricter government standards on food safety, precision agriculture helps farmers by increasing profitability, improving management practices, and reducing soil depletion.

Cecil Farms and Kamuf Brothers Farms pool their resources and man power to partner in growing peppers, cucumbers and watermelons, among other crops, in Daviess County. Gary Cecil and Rick Kamuf have each been farming for over forty years, and both men recognize the value of the precision provided by modern technology. In addition to growing fruits and vegetables, Gary and his son, Ryan, operate a lime and fertilizer business, providing services to other local farms. When questioned about the use and advancement of technology in his profession, Gary stresses the importance of GPS and satellite mapping to their business. According to Gary, “The biggest change is the technology used to apply variable rates and to steer and be accurate when you’re going through the fields. Precision is the key.” 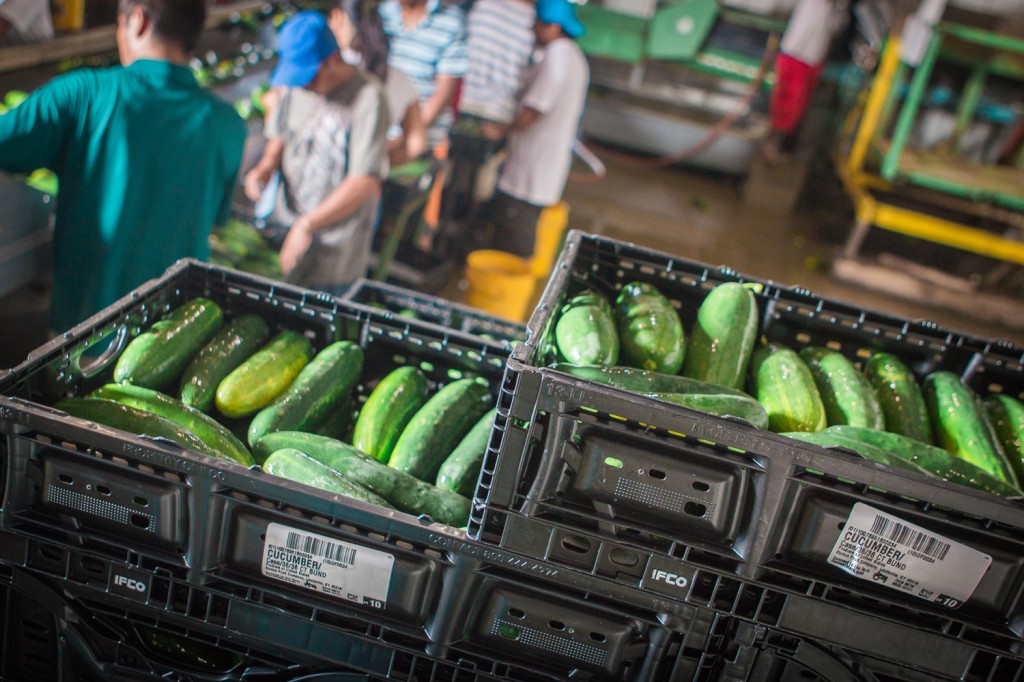 In addition to the necessity of technology, Gary also noted the prevalence of computers in farming. “We have more technology in one spreader now than we used to have in the whole outfit. But it’s required of the industry — that’s just what it takes anymore. Everything’s a lot faster, and that’s the reason everybody can cover a lot more acres and be more efficient. It’s all a volume world now, and while you can’t make as much per acre, you have to be able to manage more acres.”

But even with an increased demand, strict regulations dictate that quality has to keep up with quantity. Says Rick, “The technology in varieties, the equipment, the science of it — it’s all geared back to food safety. We have to try to be as friendly to the earth as we possibly can. We work hard at that.” Suzanne Cecil echoes those sentiments: “Everything we do is with the consumer in mind, and also the earth, because we want to be able to use this land over and over. This is our livelihood, and we are concerned for the consumer that’s going to be receiving this product.” Technology aids the farmer in these areas of quality and environmentalism by affording them greater control over how their land is utilized.

Modern computer technology also allows the farmer to realize higher yields from every inch of his land. For Gary, the main advantage of utilizing advances in technology is the increase it provides in the farmer’s efficiency. “We use GPS to go through the field and grid it. You take soil samples sporadically through the field and plug that into your computer, and as the year goes on, you can see the changes and what the needs are. Then when your combine goes through the field, you have the same computer that goes through and picks up the yield — it can show you the weak spots in your field and the good spots, and where you need attention, where you need to fertilize. If there’s disease present, it’ll show that. It allows us to go back and evaluate our products and our production.” 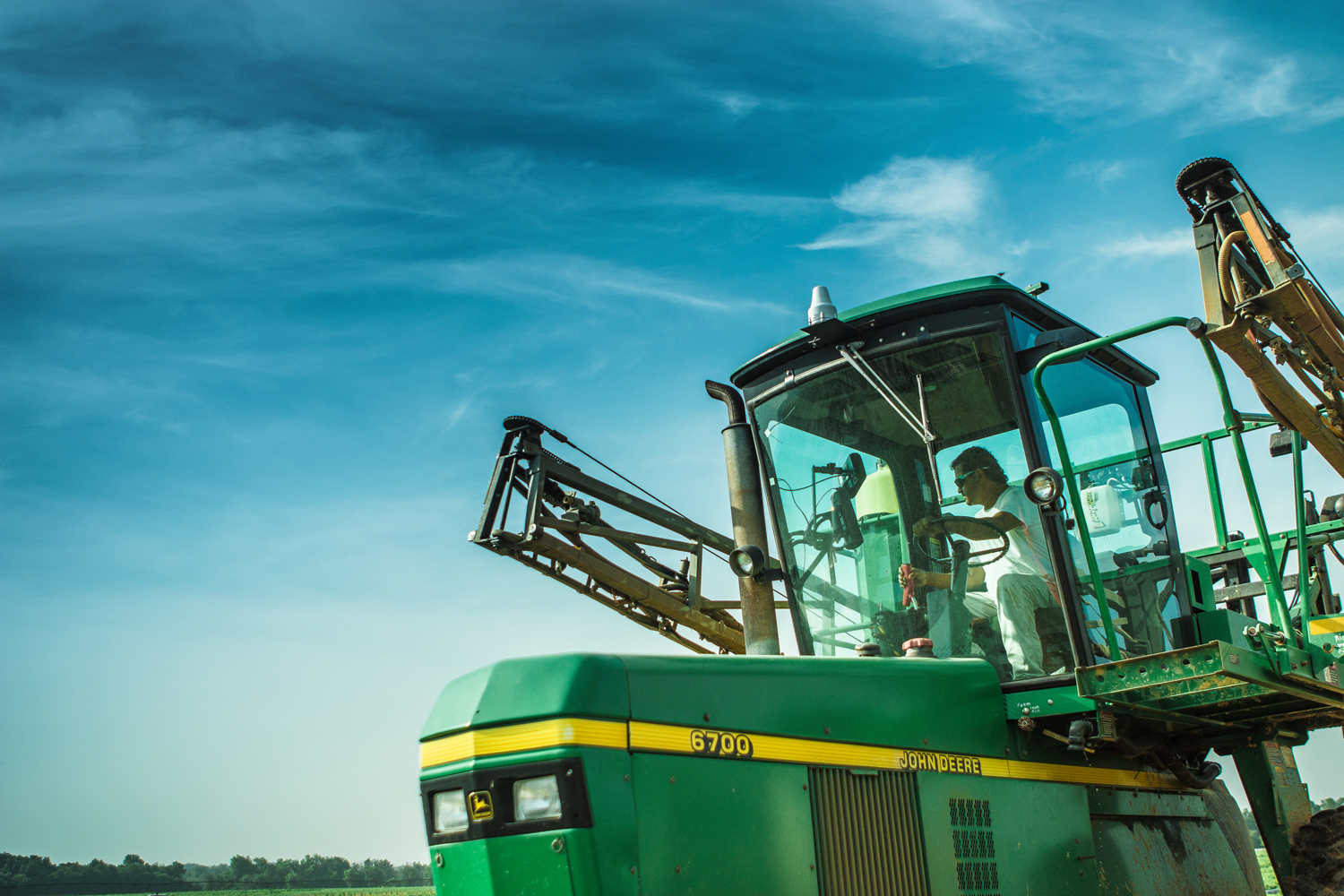 Compared with when he began farming, Rick says the difference is not even close. “30 or 40 years ago you just go back and plant and hope for the best. Now, every five years you see an influx of new technology. It’s pretty amazing to keep up with, and it becomes more and more important every year. If I were to go back to my method of 40 years ago, I couldn’t keep up. It’s important to keep up with the technology, or you’ll get left behind.”

In order to keep up with the trends, education and innovation are keys. And the next generation of Greater Owensboro and Daviess County farmers and farm professionals are on top of their game. Jason Strode, of Strode Farms, graduated from Murray State University in 2001 with a bachelor’s degree in agriculture. In addition to learning the business side of farming from his professors at Murray, Jason also notes that “Farm periodicals, websites, and UK extension meetings are a great way to stay informed of the newest trends and improvements in agriculture.” Continuing education and modern technology are important tools for today’s farmers. According to Jason, “We use computers for everything from accounting to farm records. All of our tractors, combines, and sprayers are equipped with monitors that log our every pass, and the Internet is a valuable research tool to solve problems in a quick fashion.”

There will always be a need for farmers. In fact, the need now may be greater than in any other time in history. And if recent predictions and global trends are an indicator, that need will only continue to grow. While some of the numbers on population growth and food production may seem daunting, our local farmers and their willingness to embrace modern farming technology provide us with a bright hope for the future.

Back Alley Musicals’ production Fiddler on the Roof set for July 18, 19, 25 and 26 at RiverPark Center