The Owensboro Police Department responded to a disturbance at English Park this afternoon at approximately 1:10 p.m. involving an unidentified adult white male.

The male subject had attempted to start a fight with several patrons before police were called. Once on scene, an officer attempted to make contact with the unidentified male. He then jumped into the water from the fishing dock. The male went under the surface of the water and was not observed again.

Several additional agencies including the Owensboro Fire Department, Daviess County Emergency Management, and Kentucky Fish and Wildlife responded to assist in searching for the subject. The English Park boat ramp has been closed until further notice.

The Owensboro Police Department is releasing a photograph of the unidentified person. If anyone has information about his identity, pleases call OPD immediately at 270-687-8888. 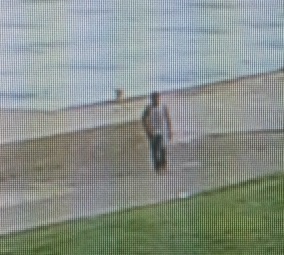