Two years ago, Brooklyn Maple had a big idea. In her role as the Director of Marketing for Kentucky Legend, projects like the Big Pig Gig of Cincinnati and the fiberglass horses of Lexington inspired her to add a unique flavor to downtown Owensboro with a similar project. Brooklyn and other leaders within Kentucky Legend, a company known for its specially cured ham, met with the city of Owensboro to devise a way to bring fiberglass pigs to the downtown Owensboro area as a charity project. Why pig statues? “We wanted pigs because of Kentucky Legend ham and because of the centrality of the Bar-B-Que Festival to Owensboro,” Brooklyn said. Owensboro is famous for its barbecue, and the Oink for Owensboro project hopes to celebrate this heritage through the series of swine statues.

For the past two years, Kentucky Legend has been building relationships with local businesses and non-profit organizations in the Owensboro area to launch the Oink for Owensboro project and help bring this vision into reality. Oink for Owensboro is about more than just statues, and through this charity project, Kentucky Legend connected 12 local businesses with 12 non-profit organizations. Each of these businesses, which include Kentucky Legend, Independence Bank, Kentucky Wesleyan College, Old National Bank, O.Z. Tyler Distillery, Hampton Inn & Suites by Hilton Downtown, International Bar-B-Que Festival, Greenwell Chisholm, Mayor Tom Watson, The Pearl Club, Southern Star Central Gas Pipeline, and one anonymous donor, has given a $5,000 donation to the non-profit with which they’ve partnered. Each of the 12 pigs will commemorate these charitable relationships around the city of Owensboro.

Ten of the 12 pigs are now on display in front of the Owensboro Convention Center for their first public reveal. Be sure to stop by and admire the statues this weekend at the International Bar-B-Que Festival! 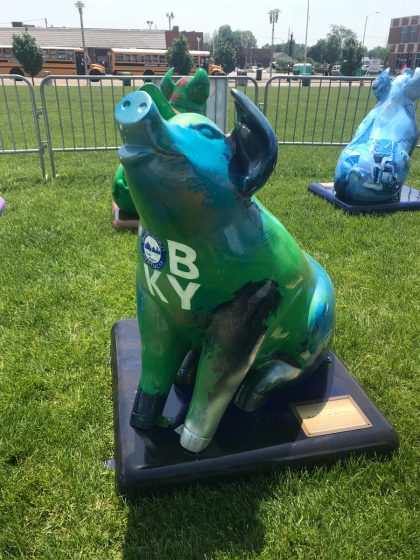 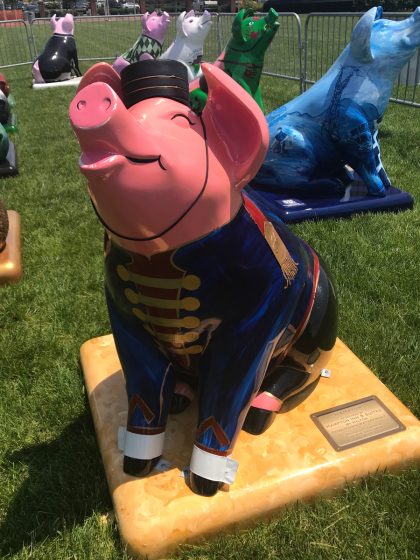 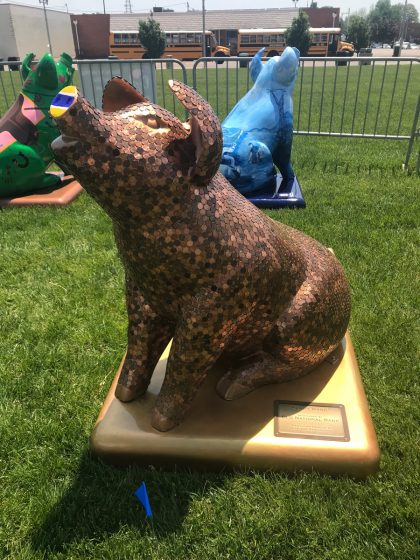 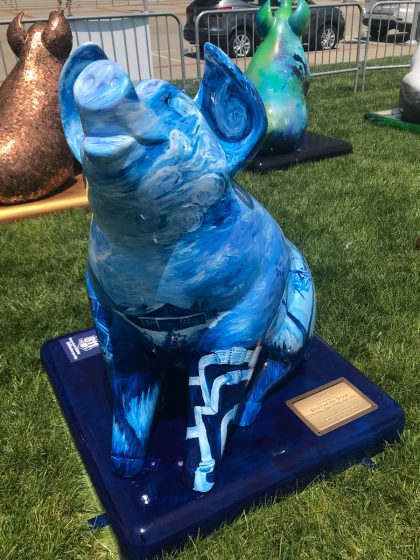 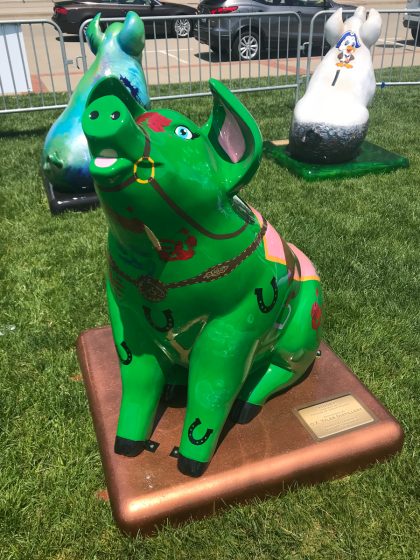 “Henry”
Sponsored by The Pearl Club 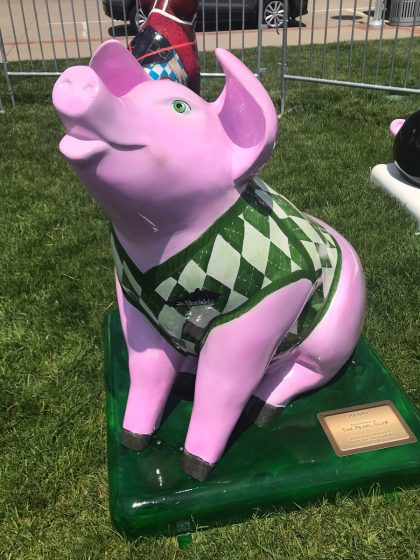 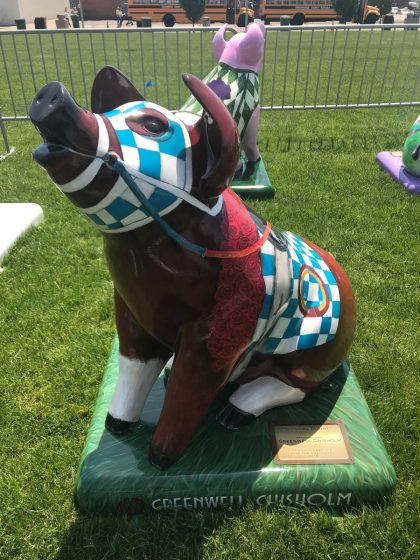 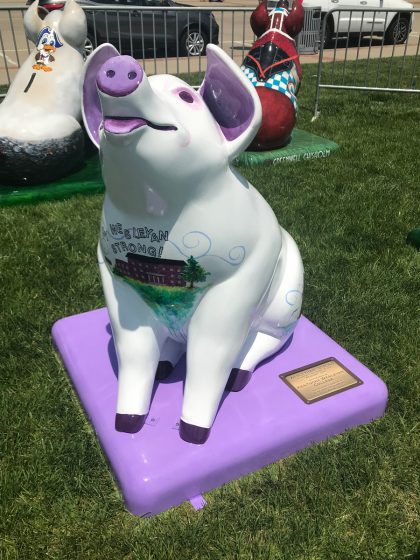 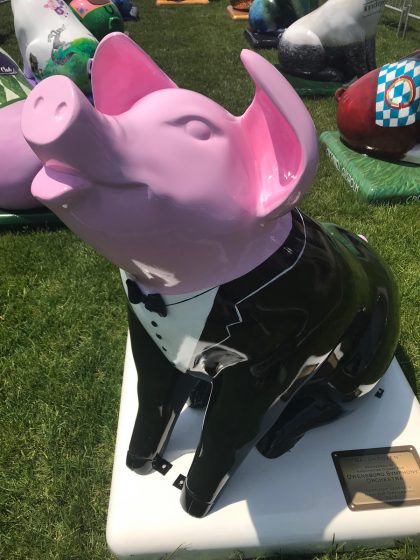 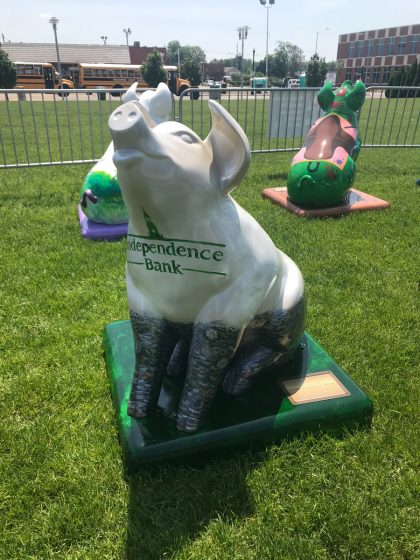 Community Invited to Help with Mural for Kroger