Fallen Soldier Leaves Legacy Along Roadside and Throughout the Veteran Community.

On Friday, August 26, 2016, Audubon Elementary School held an assembly unlike any other in the school’s history. The theme of this particular assembly was heroes, and they were abundant, in body and in spirit. The entire student body dressed for the occasion wearing their favorite super hero shirts, or patriotic red, white, and blue. Along with Batman, Superman, and Captain America, the uniformed heroes of the 101st Airborne Apache Troop out of Fort Campbell were also present.

Local and State Representatives, as well as several community leaders, were in attendance to recognize one very special hero. Five years and one day after SPC Brandon Scott Mullins was killed in Kandahar province in Afghanistan, his name was forever immortalized along U.S. 60. The Audubon Elementary assembly and accompanying balloon release was a celebration designed to not only commemorate the highway sign named in his honor, but to also recognize Brandon as a former student, son, brother, friend, and soldier.

Brandon’s mother, Cathy Mullins, recalls, “Brandon was a competitive, strong, handsome guy. He didn’t let things bother him. He was such a life force; he is still a life force.” Mullins also said, “If Brandon’s life can be a teaching opportunity for the next generation, then that is the legacy here.”

Brandon Mullins’ legacy stretches far beyond the walls of Audubon Elementary School. Recently, Tommy and Cathy Mullins have been featured in numerous local headlines for the work they are doing throughout the Owensboro community. Tommy and Cathy bear the bittersweet honor of being Gold Star parents, parents who have lost a child through military service. Over the past four years, the couple has stayed true to the concept of honoring their son through acts of service to the community. Several years ago the support for our local veterans and annual Veterans Day parade had grown stagnant. The Mullins now work closely with the local VFW and American Legion posts to increase awareness and appreciation for our local veterans. Their passion extends to local businesses, and community organizations, including Honor Flight and the Boy and Girl Scouts. They have ordered special challenge coins by the hundreds in order to give our Kentucky Vietnam Veterans the “Welcome Home” they so rightly deserve.

For the last two years, the Mullins have coordinated the Honor and Remember 5K to honor our servicemen and women and first-responders, as well as remember the fallen. This year marks the first year that they will combine the 5K race, Veterans Day parade, and Kentucky Remembers concert into one all-day celebration.

This year’s celebration will include a “Parade of Nations,” in which thirty-five different countries will be recognized by individuals who call Owensboro home. Cathy says, “None of this would have happened if it wasn’t for Brandon. In my heart, these projects are Brandon.” While ten miles of U.S. 60 may now bear the name SPC Brandon Scott Mullins Memorial Highway, the impact of his sacrifice can be felt far beyond the Owensboro City limits.

For more information, or to participate in this year’s Honor and Remember 5K, visit kentuckyremembers.org. 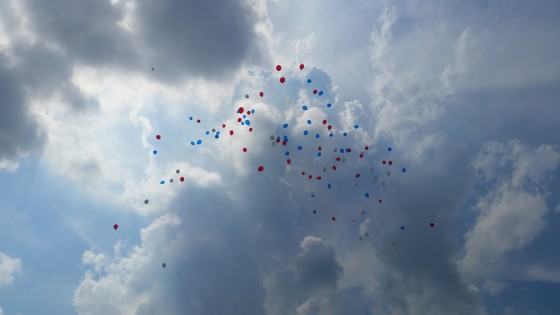 The Smile at the End of the Line