Did you know that Owensboro officially has two sister cities? And two more potential sisters on the way?

Olomouc is our first sister city; the partnership started back in 1994. Olomouc is the fourth largest city in the Czech Republic, with a population around 100,000, so it’s a little larger than Owensboro. They’re known for cheese like we’re known for barbecue. They don’t have a lot of American influence, but there is a McDonald’s. 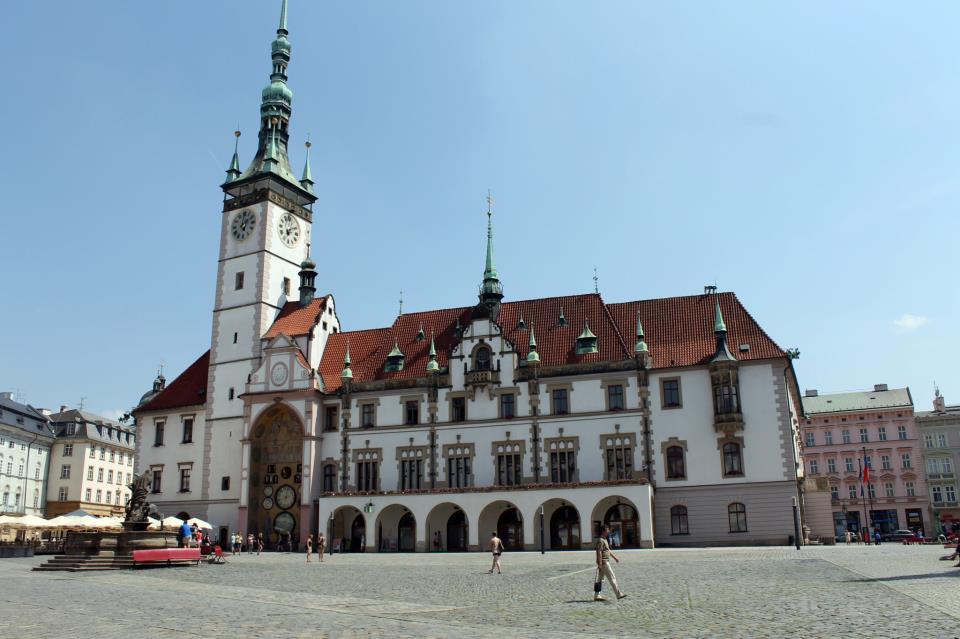 Like most European towns, Olomouc has a town square surrounding a huge clock tower that was destroyed in WWII and rebuilt in 1953. There is a train station that was also built in the 50s and a very efficient and affordable public transit system, which is why few city residents own cars. It’s a vibrant town with cafes, clubs, restaurants, and a large university, but it also has European charm with cobblestone roads in certain places.

In 2007, Owensboro became sister cities with a second city: Nisshin, Japan. That relationship came about because of several Japanese car plants in our area. Nisshin and Owensboro are very similar in population, and Nisshin is situated on a river like we are. They also have a sports center and a park system with playing fields and a swimming pool. Nisshin is known as an academic center with several universities.

To be exact, Nisshin and Owensboro are actually sister “regions” so that the Bluegrass Crossings Industrial Park in Ohio County can be included because three more Japanese auto plants are located there. It’s also regional in the sense that Daviess County supports the program financially as well, so it’s not just a City of Owensboro endeavor.

Owensboro is currently in conversation with two more potential sister cities: Stamford, England is very likely, but a city in India is still being decided. Stamford approached us when Madison Silvert was overseas at a conference. Mayor Payne has issued them a letter of invitation to start the process. We have similar industries, we both have universities and technical schools, and Stamford also just completed a major riverfront redevelopment.

With all of that going on, there is plenty to keep Pam Wilson, Executive Director of Sister Cities and Regions, and her board of eight members very busy. When Owensboro Living sat down to talk with her, she was still moving into her new office at City Hall. “We’re thrilled to be here in City Hall,” Wilson said. “It lends a little credibility to the program.”

The idea of sister cities originated in the ‘50s during President Dwight D. Eisenhower’s administration with the intent to promote international trade. Here in Owensboro, the sister cities program has several goals. One is to foster a mutually beneficial relationship between each city by exchanging knowledge and ideas about similar industrial practices and economic growth. For example, the professional exchange program sends delegates to and from Nisshin and Olomouc to visit businesses and plants with similar operations.

The second goal is an educational exchange. That’s where the exchange student programs come in, both on the high school and college level. Just a few weeks ago a group of high school students from Nisshin came for a 10-day visit. Every summer OCTC students participate in a study abroad program to the Caritas School of Social Work in Olomouc. Faculty from Owensboro also teach as guest lecturers at Olomouc’s Polacky University. Two students from Brescia University have studied abroad at Nisshin.

Since 1996, there has been a high school student exchange with the Hejcin Gymasium in Olomouc where eight students come for a 16 day visit and stop in New York City on the way home. “They love NYC, but they miss Kentucky,” Wilson said. Next fall, it’s Owensboro’s turn to send high school students to Olomouc.

In all of those exchanges, experiencing the cultural differences and similarities in food, dress, and everyday things is the real value for the participants. “They do learn while they’re there, but they also learn from being immersed in the culture and staying with families in host homes,” Wilson explained.
Social media has also added a nice element to the program. Students stay connected with friends they make during their trips through Facebook and email. Owensboro Sister Cities and Regions has a website and Facebook Page that are updated with pictures and stories from each trip. To keep up with all that is happening, visit http://legacy.owensboro.kctcs.edu/sistercities/ or https://www.facebook.com/OwensboroSisterCities