The City of Owensboro hosted a ribbon cutting for the grand opening of Hayden Road, the main thoroughfare of the soon-to-open Gateway Commons development. Mayor Tom Watson spoke at the ceremony, commending the public and private partnership that pushed Gateway Commons forward. Mayor Watson stated that while the piece of land was once a hill on farmland, it will now be a central artery for the city. The project will create over 2,000 new jobs and several hundred thousand square feet of retail space. The mayor also thanked developer Matt Hayden for never giving up on the project, which took 10 years of planning.

The road is now open at the Highway 54, Pleasant Valley and Calumet Trace entrances. In addition, the light at the intersection of KY 603/Pleasant Valley Road Connector and Hayden Road is now activated. 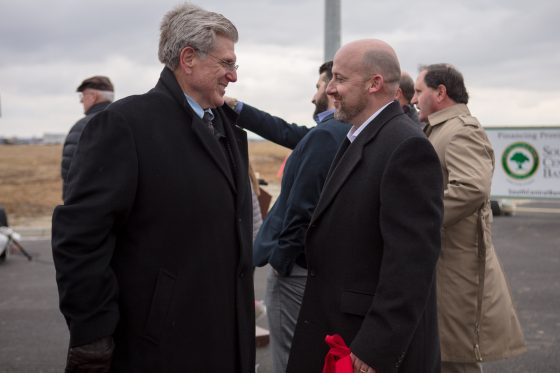 Something Incredible Will Happen with the Moon Tomorrow Morning