He’s From the Country and He Likes it That Way

I vividly remember the first week of June this past summer. The kids and I presented my husband with a candlelit pan of brownies and began to sing, “Happy Birthday.” As we stepped into the living room, he hollered, “It’s Marty Brown!” Oblivious to the hint, we continued. “Stop, ya’ll. It’s Marty Brown,” he insisted. So, we blew out the candles, took a seat on the sofa, and joined the rest of Owensboro as we stared with pride and amazement at our television set. The Kentucky boy with his American cowboy hat and childlike enthusiasm captivated our community and the world that evening as he reeled us in with every word of “To Make You Feel My Love” on America’s Got Talent. Moments later, Facebook was abuzz with proud comments about everyone’s hometown favorite, Marty Brown. Although it’s been 23 years since Marty first took the stage, music has always been a part of his life.

If you were to ask Marty when his love of music began, he would tell you that his mama said he was singing in the high chair. Marty has vivid memories of his mama and daddy filling the house with the sounds of country music and sing-a-longs. He believes that’s when he first fell in love with country music. Then, when Marty was nine years old, his daddy gave him his first guitar and taught him his first chord: the chord of D. That is when Marty’s love affair with the guitar began. He couldn’t get enough of it, and played until he felt his arms were going to fall off, sometimes using a stick to prop them up. In his youth, he cut tobacco in Maceo and would take his guitar out to the tobacco fields and play. His passion grew so strong that he found himself playing for quarters at the BBQ Festival. Marty originally drew his inspiration from country artists until one day his older brother Mike came home driving a silver Camaro. Marty no longer had to take the bus to school, and found new traveling companions in the voices of such artists as Lynyrd Skynyrd, Bob Seger, Tom Petty, and the timeless Elvis Presley.

Although many people in our community are able to recall Marty’s humble beginnings in music, such as the local, Maceo-shot video “Every Now and Then,” most people are unaware of the unique opportunities that he experienced as a young artist. At age 23, Marty set his sights on Nashville and a recording contract. He signed with MCA records and became the first CMA (Country Music Artist) that Sam Walton ever endorsed. When he started out on his Wal-Mart tour, Marty called the then 18-year-old Randy Lanham, another musical legend of Owensboro, and invited Randy to play with him. Marty jokes that he “hired Randy out of a chicken coop when he was 16 or 17 years old” because “he just blew me away on that fiddle.” At the time, Randy was rehearsing once a week in an old storage building with the bluegrass band Kentucky Autumn. Up until that point, Randy had only played bluegrass, and had yet to tour with a country music band. Marty was the first to give him that experience. Unbeknownst to Randy, the “first gig” that they would play together was on the Grand Ole Opry stage. To this day, Randy credits Marty with opening new doors for him that he never imagined possible. Marty served as a big brother to Randy as he transitioned to Nashville, met influential people from different record labels, and even began to write music. Randy recalls that he never did a lot of songwriting before he met Marty, but “Marty sparked that in me.” Thanks to Marty, Randy is now able to ignite that spark in other young artists.

As Marty continued to write and sing music, he dreamt of someday playing with John Denver and Hank Williams, Sr. Although Hank, Sr. passed away before that dream could become a reality, Marty did have the privilege of playing with Hank, Jr. Marty credits John Denver with inspiring every ballad that he has ever written. Most people don’t know that Marty Brown played the first televised show at the RiverPark Center, alongside John Denver, with Florence Henderson as M.C. Marty still has fond memories of talking with John in the makeup chair beside him, thinking to himself, “That’s my hero.”

Many people wonder how, after making four albums, having a music video on CMT, and touring with such artists as Garth Brooks and Hank Williams, Jr., Marty Brown didn’t become a country music sensation. Marty admits that he became a star in country music, but he never quite became a superstar. It was during his last show in South Dakota with Brooks and Dunn that he decided to end his ten-year career in singing and try his hand at songwriting for a while. With his twenties seemingly a blur, he was now at a place where he was ready to enjoy home, family, and the simple things in life. He decided to come back home, buy a horse, and do some fishing. It was at that time that he co-wrote, “I’m From the Country.” He eventually found the woman of his dreams in Shellie Brown, and credits her for not only helping to shape him into the man he is today, but for the recent resurgence in his career, as well.

There is no question that Marty’s debut appearance on America’s Got Talent helped to reinvigorate his career. He is so thankful for the opportunity to reconnect with previous fans, as well as develop a new, younger fan base from the show. However, he can’t help but laugh at how much different the music industry is now from twenty-five years ago. “My albums back in the 90’s were in the store…(now people can just) click it and download it.” Shellie has played a huge role in helping to modernize and promote Marty’s music. She helped design his website, www.martybrownmusic.com, Facebook page, and Twitter account. In this age of instant music, Marty now has the opportunity to share his gift and create more lifelong fans.

Even when Marty was working and traveling in Nashville, he still maintained a home in Maceo. He says that he wanted to be close enough to go eat at Moonlite BBQ or Wonder Whip whenever he wanted to. He contends that every time he drives through downtown Owensboro, it’s like time travel for him. He has vivid memories of Goldie’s Opry House, the old spot where the Executive Inn used to be, and he can’t help but smile whenever he passes by the RiverPark Center. Marty strongly believes that growing up here created memories and experiences that will never leave him. He says regardless of where life and his music take him, Maceo and Owensboro will always be a strong piece of him, and have helped to create the man he is today. 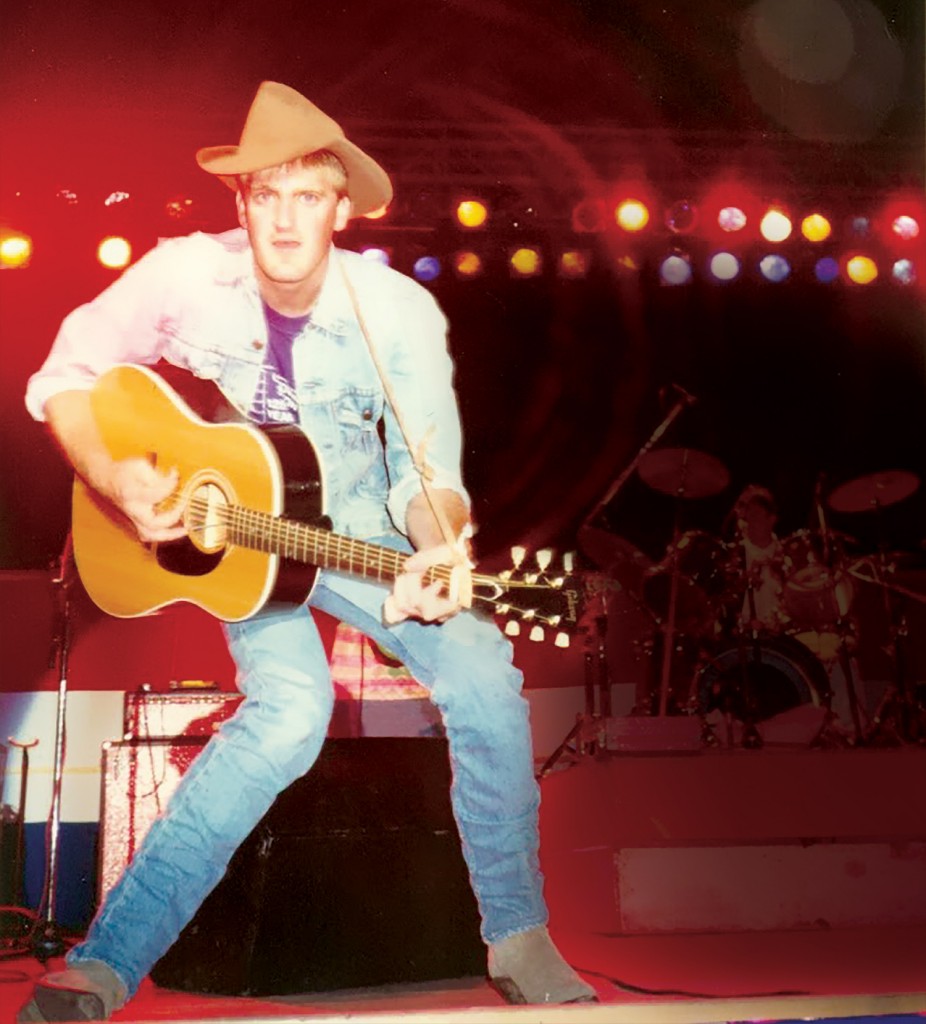 Building Dreams is Business as Usual

Grounded at the Top

He’s From the Country and He Likes it That Way